Are You Writing "Broetry" Filled With "Faux-Fundities"?
If you're not, you've definitely seen others doing it.
MAY 20, 2022
View on Twitter

Before I go any further, I want to acknowledge the author whose article I got these two terms from. Her name is Zulie Rane and if you're ever on Medium, you've likely seen her around.

I hadn't heard the term Broetry before, but based on her headline (The “Broetry” on LinkedIn Is Making Me Sick) I instantly knew what she was referring to.

She points out that the word was coined by Bloomberg writer Lorcan Roche Kelly (back in 2017 — where have I been?!), and to quote him, it consists of the following:

1. Where it's posted: LinkedIn

3. Content: an emotionally charged, personal anecdote that paints the subject in an overly flattering light

5. Closing Line: a clichéd life lesson or quasi-inspirational thought for the reader

It's Not Just LinkedIn, Anymore

It may have started on LinkedIn, but it has definitely found its way onto Twitter, typically in threads. Not only found its way, but it seems to be the predominant style that "the big guys" use and recommend.

I'm likely guilty of doing it sometimes, but for the most part I tend to not go that route. It feels un-natural to me, for precisely the reasons that Kelly mentions. The personal anecdotes and clichéd life lessons (often filled with faux profundity — faux-fundity) don't feel like I'm being myself.

But, Nick, It Works!

Maybe. If you're doing it, and succeeding, good for you.

I sometimes feel like social media is a pyramid scheme, where someone with lots of followers starts a style or trend, others copy it, but nobody really enjoys it (not the writers, nor the readers).

We play along because we think it's what needs to be done.

I'm a bit of an eclectic misfit. You'll find everything from writing, to ADHD, technology, psychology, apps, family, automation, and anything in between. Enjoy!
Nick Simard 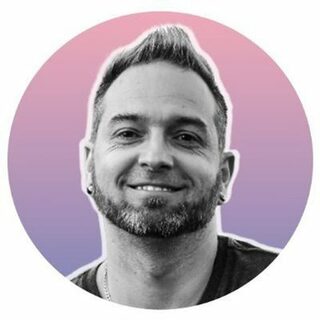